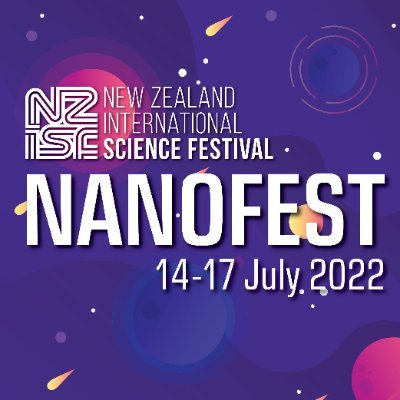 Please Note: This is an archived page for an event held in 2022

Please note the venue has changed to Castle 1 Lecture Theatre (University of Otago). This event is no longer at the public library.

Join five fabulous filmmakers from the University of Otago’s Department of Science Communication for a “wild” afternoon of short science and nature films, followed by Q&A with the filmmakers. The line-up includes:

Kauri K9s goes behind the scenes with Pip and Mawhai, two canines-in-training to detect a deadly disease killing off Aotearoa’s majestic forest giants -- Kauri trees. If successful, these pups will be the first conservation heroes of their kind, earning their stripes as specialist Kauri dieback sniffer dogs.

Set in the rugged wilds of New Zealand, Rhapsody for a Rock Wren is a filmmaker’s personal exploration of the human-nature connection through her relationship with a tiny alpine bird. This award-winning, beautifully-crafted film takes an honest look at the different and sometimes conflicting ways we relate to the more-than-human world.

Loco is the story of AgLoco®, a Canterbury based start-up that is vying to bring solid-biofuel powered advanced steam tractors back to the farm and take the diesel out of food. Their tractor could play a vital role in feeding the world beyond fossil fuels.

Keeping up with the Kākā
Filmmaker: Amanda Konyn

Keeping up with the Kākā follows the trials and tribulations of Orokonui’s Kākā population. The film highlights the effort involved in rare species conservation and celebrates the return of the rare and charismatic parrot to a land from which it had been lost for over 100 years.

In February 2021, a violent crime took place at the Royal Albatross Centre. One which highlights the attitudes people have towards one of our most under-appreciated native species. Plight of the Gulls explores the value and struggle of an often-overlooked little seabird and showcases the people dedicated to their protection.

Note: The film Plight of the Gulls has a scene of implied (but not depicted) violence against birds that may be unsuitable for some younger audiences.

Free. Tickets required. All children under the age of 14 must be accompanied by an adult.